Lina Gellermark is the director of Mälardalen Energy Agency Deputy Chairman of the Board of Energikontoren Sverige. Her determined efforts have driven the development of inter-organizational systems, structures, and networks throughout the country, which has strengthened the collaborative efforts between Sweden and the rest of Europe. 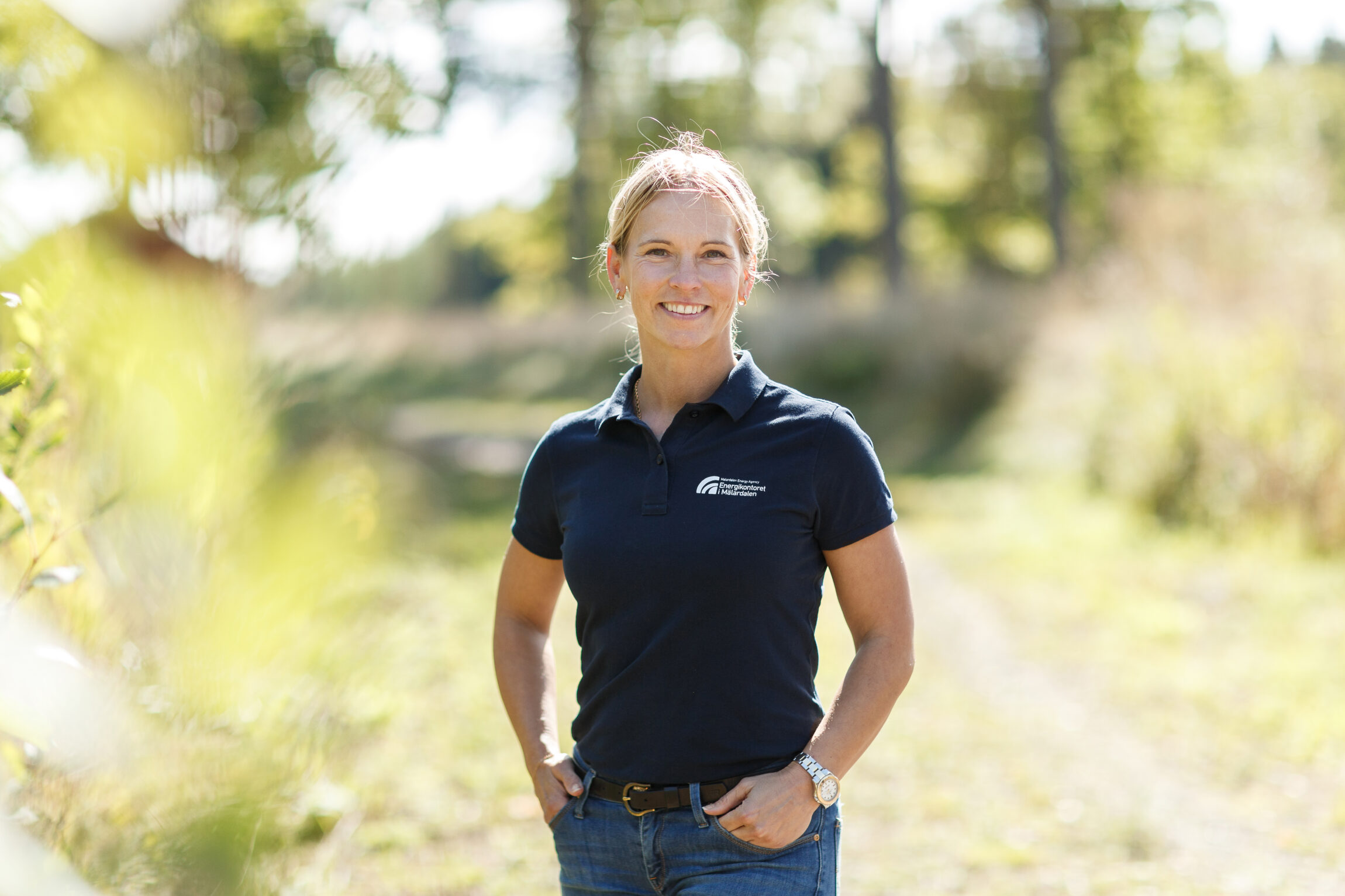 2005, Lina started work at Mälardalen Energy Agency and after 17 years, energy efficiency and energy transition play a much larger role in national politics, and regional energy agencies support sustainable development in most industries – both locally & nationally. Energikontoren Sverige is convinced that Lina’s tireless commitment has made a considerable contribution to this positive development. During her career, she has grown from project manager to CEO of one of Sweden’s regional energy agencies and Deputy Chairman of the Board of Energikontoren Sverige. Her determined efforts have driven the development of inter-organizational systems, structures, and networks throughout the country, which has strengthened the collaborative efforts between Sweden and the rest of Europe.

In 2005, some areas in Sweden lacked energy agencies, today 16 agencies cover all our regions and has become important players and are well known as competence resources among decision-makers in the government, various ministries, county administrative boards, regions, as well as national authorities for energy, climate, housing, growth, construction. In addition, the regional energy agencies are often turned to for support when designing strategic and leading documents relating to energy efficiency and sustainable development.

In 2016, the regional energy agencies were appointed “key actors” in national energy efficiency and energy transition efforts by the Swedish government with new government regulations, and today the municipal energy and climate guidance service are available almost all over Sweden. Energikontoren Sverige’s values, goals, as well as organizational forms are based on the SAVE statutes, and today our common sales, networks, projects, and the effects of the work carried out are better than ever. In large part thanks to Lina’s network building-expertise, many agencies are members of FEDARENE. Lina’s impact has strongly contributed to the development of the regional energy agencies’ role in Sweden’s energy transition efforts. In less than 20 years, they have grown from a few unknown actors to playing an important part in the implementation of sustainable measures in the entire country. Today, they are an indispensable part of Sweden’s work with energy efficiency and sustainable energy transition. The government decides on visions, goals, the Swedish Energy Agency leads the work on a national level – the energy agencies develop and run projects, carry out activities in close contact with residents, SMEs, associations, and organisations.

There must be competent actors available nationwide to offer independent advice for sustainable energy transition matters. That’s Lina’s goal and vision. For two decades, she’s taken initiative to turn this into reality. In the 2000s, she initiated Biodriv Öst & Energihuset, which led to the formation of STUNS Energi. These regional projects had such an impact that they converted to self-sustaining companies that now have around 20 employees. As Deputy Chairman of Energikontoren Sverige, she started establishing regional energy agencies throughout the country. At the time, Sweden’s national energy work lacked a connection to local and regional conditions and needs, so Lina pushed for the development of an organizational structure for energy agencies in regions such as Stockholm, Norra Småland and Gotland. She also contributed to the construction of local energy efficiency projects. During the subsequent growth of the comprehensive network of our energy agencies that operate today, Lina has been a mentor. The basis for good collaboration and strengthened local impact was put into place by Lina, as she initiated and mapped all our energy agencies. By collecting data on sales, projects, networks, she laid the foundation for a common structure. Today, within this platform, we communicate, plan, collaborate for better knowledge exchange and national impact. Lina’s ability to produce ideas and the drive required to put them into action seem to come from an inexhaustible source. On top of her ongoing assignments, she, as one of two parties, initiated the first solar expo in Sweden. It grew to become Sweden’s largest annual expo for innovation and energy technology, attracting over a thousand national and international exhibitors and visitors.

It is our strong belief that Lina possesses many of the qualities that defines an outstanding leader. As CEO, she has a clear direction. One of her greatest strengths is that she is truly competent in collaboration. Lina has an amazing ability to create connections and build networks that lead to action. Many of her initiatives have had noticeable and longstanding effects. Her ideas have, repeatedly developed collaborations, projects and organisations continuing to independently contribute to local and regional energy transition.

A good example is when she contacted the Swedish Energy Agency about developing the Municipal energy and climate guidance service. What started as a query grew into a lengthy collaboration with several impactful outcomes. Today, these services are available in almost every Swedish municipality. Lina’s initiative also caught the attention of the Swedish government, and in 2016 the regional energy agencies were appointed “key actors” in national energy efficiency and energy transition efforts, with a new government regulation. Lina’s achievements as CEO of MEA & the Deputy Chairman of Energikontoren Sverige have also caught the attention of our Governor of county administrative board – they invited her to contribute to the regional energy transition efforts. In addition to national collaboration, she takes great care to maintain the energy agencies international connections, as a result, many of them are members of FEDARENE. She builds relationships with organisations like WWF, as part of the One Planet City Challenge and is also locally engaged in Covenant of Mayors – Europe initiative to ensure that the energy agencies play an active role. Simply put, the list of how Lina’s leadership skills impact energy transition efforts can be made long.

Curious to find out if Lina will be the winner of the Roger Léron Award 2022? 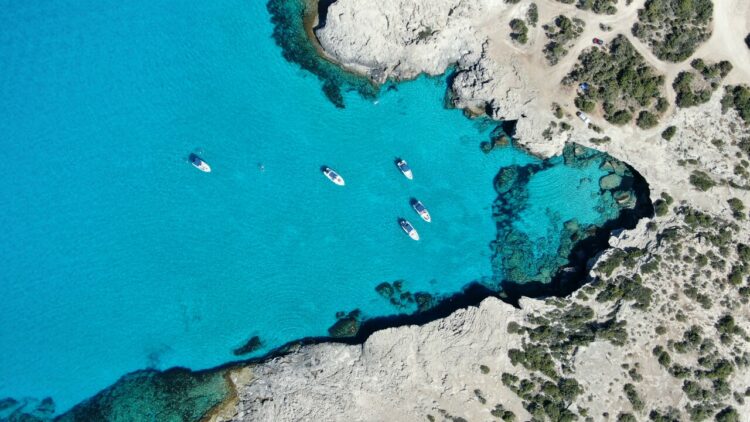 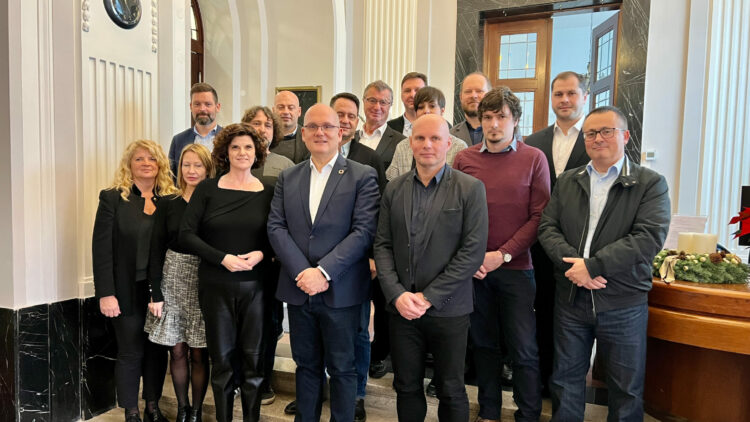 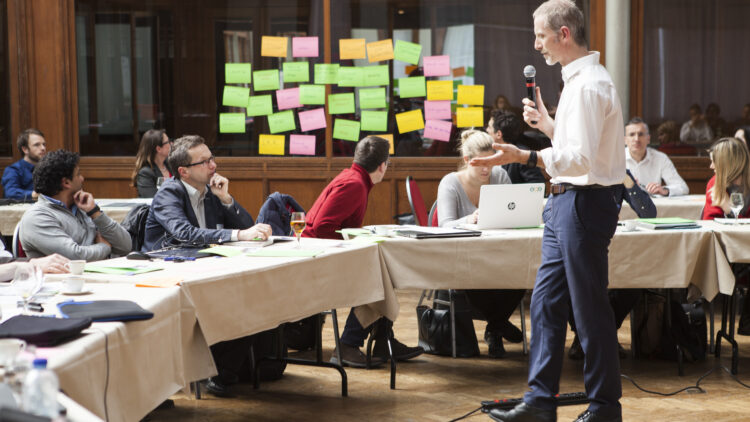