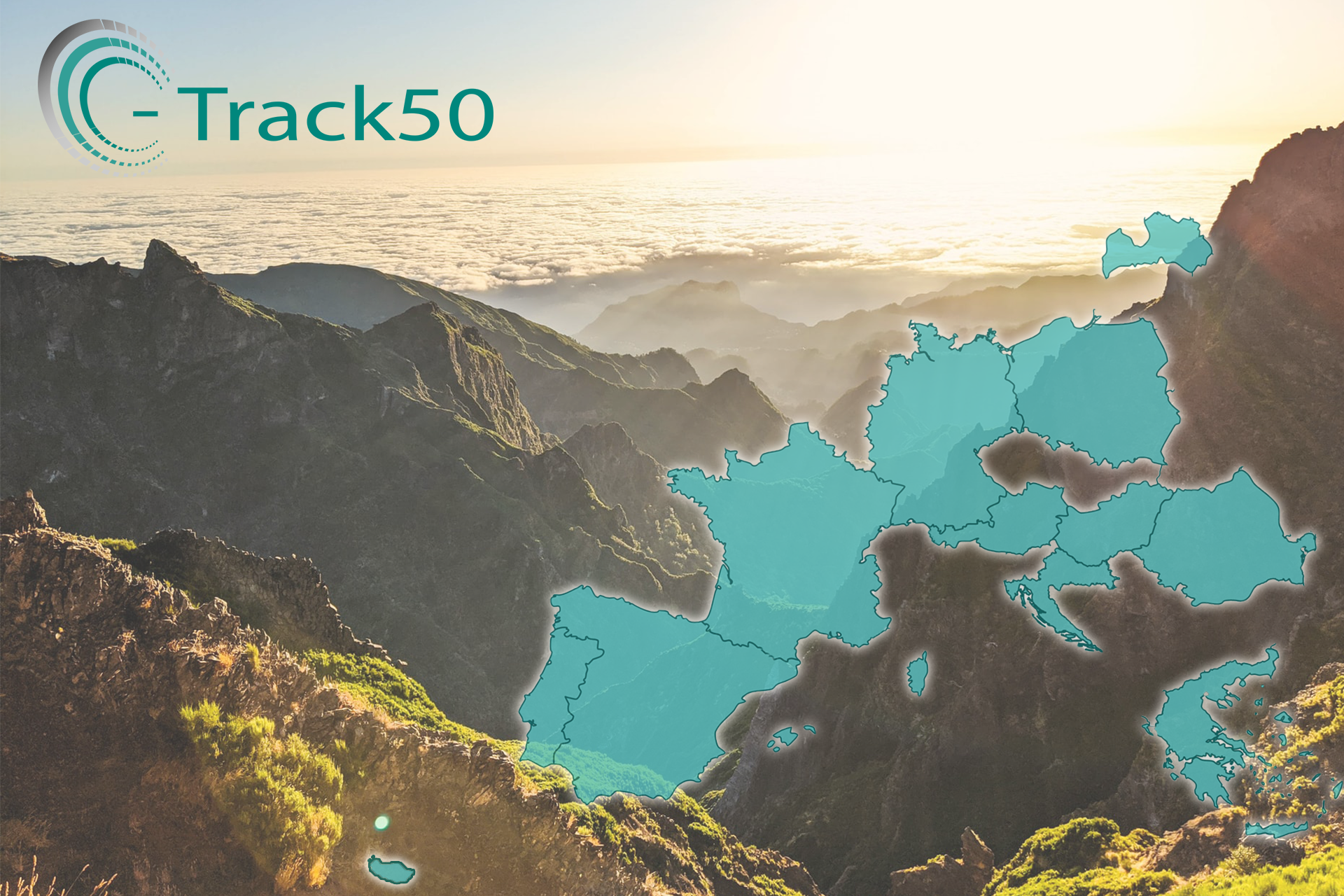 Project partners have been focusing on developing Integrated Sustainable Energy and Climate Policy Plans for 2050 at a local level, as well as informing/developing regional energy planning based on formulated priorities. In total, 107 municipalities and 11 regions have been supported, resulting in ∼ 16,500 GWh in energy savings and renewable energy production and ∼ 14,500 kt of CO2 emissions saved by 2050.

Here below, you will read how these impressive results were achieved in each country, and which type of projects and measures were developed by C-Track 50 partners.

In the process of implementing C-Track 50, the Austrian partner EAO supported the formation of a Climate and Energy Region Murtal which consists of 20 municipalities, with just over 70,000 inhabitants. In parallel, Climate and Energy plans for 10 municipalities have been established in cooperation with local stakeholders to initiate the energy transition towards climate neutrality. Murtal has set some ambitious goals for the region: 100% renewables and becoming a climate-neutral region by 2040 (analogous to the goals at the federal level). This will be achieved by increasing energy efficiency in buildings, processes and mobility, and by exploiting the untapped potential of renewable energies such as biomass, solar energy, wind and hydropower, and also industrial waste heat.

Within the C-Track 50 project, the Regional Energy Agency North (REAN) supported the development of 10 Sustainable Energy and Climate Action Plans (SECAPs) in Croatia. Nine of them are already adopted by City Councils and one is on the agenda for the next City Council, which will be held after local elections, expected in June. Along with the support in SECAPs development, REAN prepared Recommendations for Carbon Neutrality by 2050 for one selected County in Croatia.

In the Auvergne-Rhône-Alpes region in France, the C-Track 50 project has enabled the use of the TerriSTORY® decision-making tool to be tested in 10 local public authorities. Using TerriSTORY®, AURA-EE has assessed the strategies and implementation of the actions of the 10 pilot local authorities in terms of reducing GHG emissions and carbon storage. The action plans will therefore make it possible, by 2050, to save almost 300 GWh per year, to reduce more than 100 000 tCO2 per year (100,000 return flights Paris-New York) and to produce more than 250 GWh per year. To achieve carbon neutrality, local authorities will have to mobilise more than 70 million euros of investment. Renovation of buildings is an important measure, but also bio-sourced materials, circular economy, renewable energy production and mobility. Read more here.

ICLEI Europe has within the C-Track 50 project supported 10 German municipalities, some engaged in the EU Covenant of Mayors SECAP development and some developing plans as part of the Federal initiative NKI, with targets for 2030 and 2050. This approach has proven useful to deliver tailor-made support, adapting to the needs of municipalities. The guiding principle was the improvement of existing plans with more ambitious targets, in almost all cases updating them with climate neutrality targets. Significant progress has been made by all 10 cities, with GHG emission reduction targets amounting to more than 10 Mt CO2eq./a by 2050. Measures taken by cities to reach climate neutrality concentrate strongly around energy refurbishment but also include: smart development, climate-air pollution-nexus, climate-neutral districts, district heating, or the connection of low-carbon development with the SDGs, to name a few.

In Greece, NTUA and EPTA have supported 11 municipalities in the development of their long term energy and climate plans towards carbon neutrality. Overall, an 80% reduction target has been set, with the municipalities engaging in a broad spectrum of actions across all sectors. The plans cover climate mitigation and adaptation, but also energy poverty. Close linkages of these plans with existing policy documents at the local, regional and national levels has been established (i.e. waste management, sustainable urban mobility, efficient public buildings and civil protection, regional adaptation strategy, National Climate and Energy Plan). Indicative actions focus on e-mobility, transport modal shift, building renovation, recycling and reduction of waste and renewables. Depending on the municipalities’ specific characteristics, such as urban, rural or touristic, additional actions on the sectors have been included, addressing these needs.

In Hungary, LENERG Energy Agency supports 10 local authorities in Hajdú-Bihar County. Mitigation and adaptation targets for 2030, 2040, and 2050 have been set by sectors. Energy management registration system, energy renovation of municipal buildings, installation of RES (PV, biomass, solar thermal) and using LED lights for public lighting were the main actions planned in the public sector. Main actions in the private sector dealt with building renovation (huge potential for it) and installation of RES (PV, biomass, solar thermal). In every municipality, community energy PV projects (0.5 – 2 MW) were planned by 2050. The main lesson learnt was that 80% CO2 emission reduction compared to the base year 2011 cannot be achieved without the active and intensive involvement of local citizens. About 70-90% of family houses have to be involved in retrofitting actions until 2050.

Experts of the Riga planning region have finalized the work on sustainable energy and climate action plans for 9 municipalities. Municipalities showed willingness and interest to receive support from the project and were identified in the selection process. The process of plans development took one and a half years. In Latvia, one of the most polluting and challenging sectors for municipalities is transport. Thus, it was decided that with the support of the C-Track 50 project, those municipalities developing sustainable energy and climate action plans, will be supported for the project proposal: “Development of 10 mobility hubs in Riga Metropolitan Area” for ELENA program development.

10 Polish municipalities from the Wielkopolska region joined the C-Track 50 project. All of them had already developed Low carbon economy plans (PGNs in Polish) using the SEAP scheme to receive regional funding. The work within C-Track 50, therefore, consisted in updating the PGNs by conducting Monitoring Emission Inventories and developing climate change adaptation plans with the 2050 perspective, following guidelines of the Polish Environment Ministry. The main actions conducted were: identification of climate threats, determination of adaptation potential, and risk analysis for the implementation of adaptation measures by 2030. The plans also indicate measures beyond 2030 and 2040. After defining the level of financial support available from the region, municipalities will have to prepare multiannual financial plans for investments in renewable energy and energy efficiency projects.

At the Autonomous Region of Madeira, 6 municipalities committed to developing Sustainable Energy and Climate Action Plans. The municipalities already had implemented SEAPs for 2020 and engaged in the development of a SECAP, targeting carbon neutrality by 2050 (as set at the national level). With the support of AREAM through the C-Track 50 project, the municipalities presented the 2017 monitoring report on the Covenant of Mayors (CoM) platform and developed a SECAP based on CoM directives and following the national strategy. The SECAP were developed by AREAM under the municipalities’ consultation and with the collaboration of specific local stakeholders, crucial to determine the actions to be presented. Those actions are divided into 6e main themes: decarbonization; energy efficiency; energy security; internal market; and investigation, innovation and competitiveness.

Within C-Track 50, The Energy Management Agency of Maramures (AMEMM) prepared 10 Municipal Energy Efficiency Improvement Plans (PIEE), 1 SECAP for the Municipality of Baia Mare and a set of Recommendations for the Energy Strategy of Maramures County. Although PIEEs are mandatory for Romanian localities with more than 5000 inhabitants, very few comply with the regulation because of their lack of knowledge and competence. In this context, AMEMM has assisted 10 selected municipalities in preparing their plans, also adding new sections related to the medium and long term targets and adaption to climate change. The targets and projects included in the energy plans aim to minimise energy waste, upgrade public and private buildings to energy-efficient and better-looking ones, develop public and ecological transport, upgrade public lighting, create green spaces and raise awareness among the population. Municipalities have the opportunity to fund their sustainable energy actions through structural funds.

In the Asturias region of Spain, 10 SECAPs were conducted by FAEN for small and medium rural municipalities with few internal resources. FAEN’s approach consisted in preparing projects to solve specific problems encountered by the municipalities, especially their high dependency on fossil fuels (being a mining region) by reducing the energy consumption and implementing renewable energy projects. This strategy will also allow the creation of employment. In all cases, the first proposed measure was to create an office for sustainable energy and climate, to prepare projects and define dissemination actions to demonstrate to citizens the benefits of the energy transition. All SECAPs produced reach at least 81% of CO2 emissions reduction (86% on average) by 2050. Planned actions concern sustainable mobility, private and public buildings, street lighting, local renewable energy sources (solar, biomass, geothermal), energy audits, and awareness-raising. Thanks to important subsidies, all municipalities have started retrofitting their public lighting systems. Read more here.

You would like to know more about the C-Track 50 project and the experience of project partners? Discover the brand-new Guidebook for Achieving Carbon Neutrality by 2050.

How to identify priorities for action in my territory? Defining a low-carbon strategy for 2050 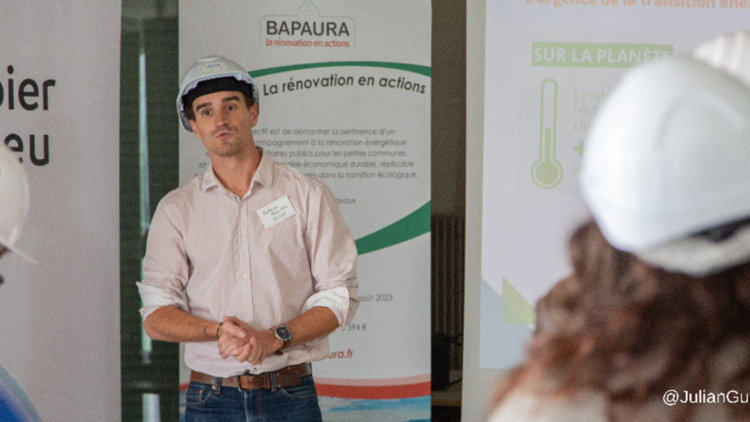 The BAPAURA project scales up the energy refurbishment of public buildings in small and mid-size local municipalities through the implementation of multi-level, advanced services that provide technical support and innovative financing. 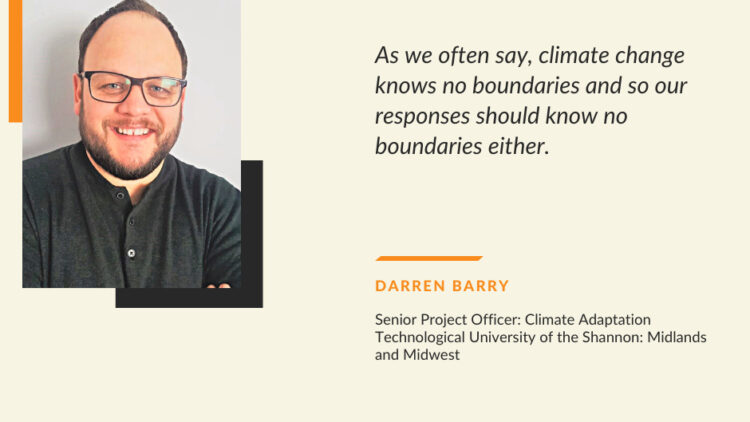 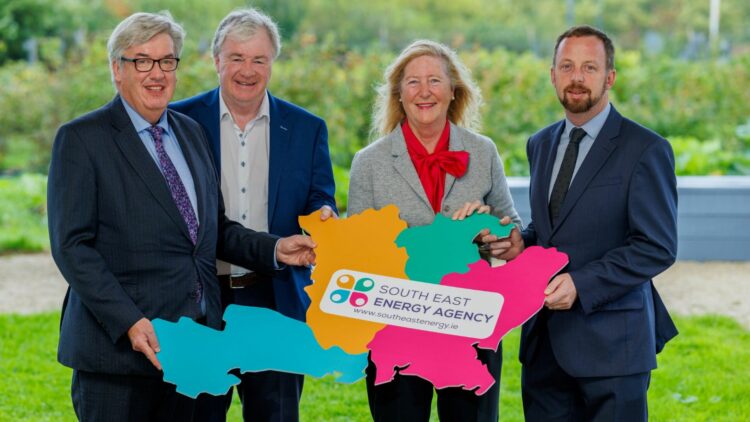