Find out how the Canary Island of El Hierro supplies its electrical energy from clean and renewable energy sources such as wind, and how they use their surplus wind energy to pump water from a lower reservoir at sea level! 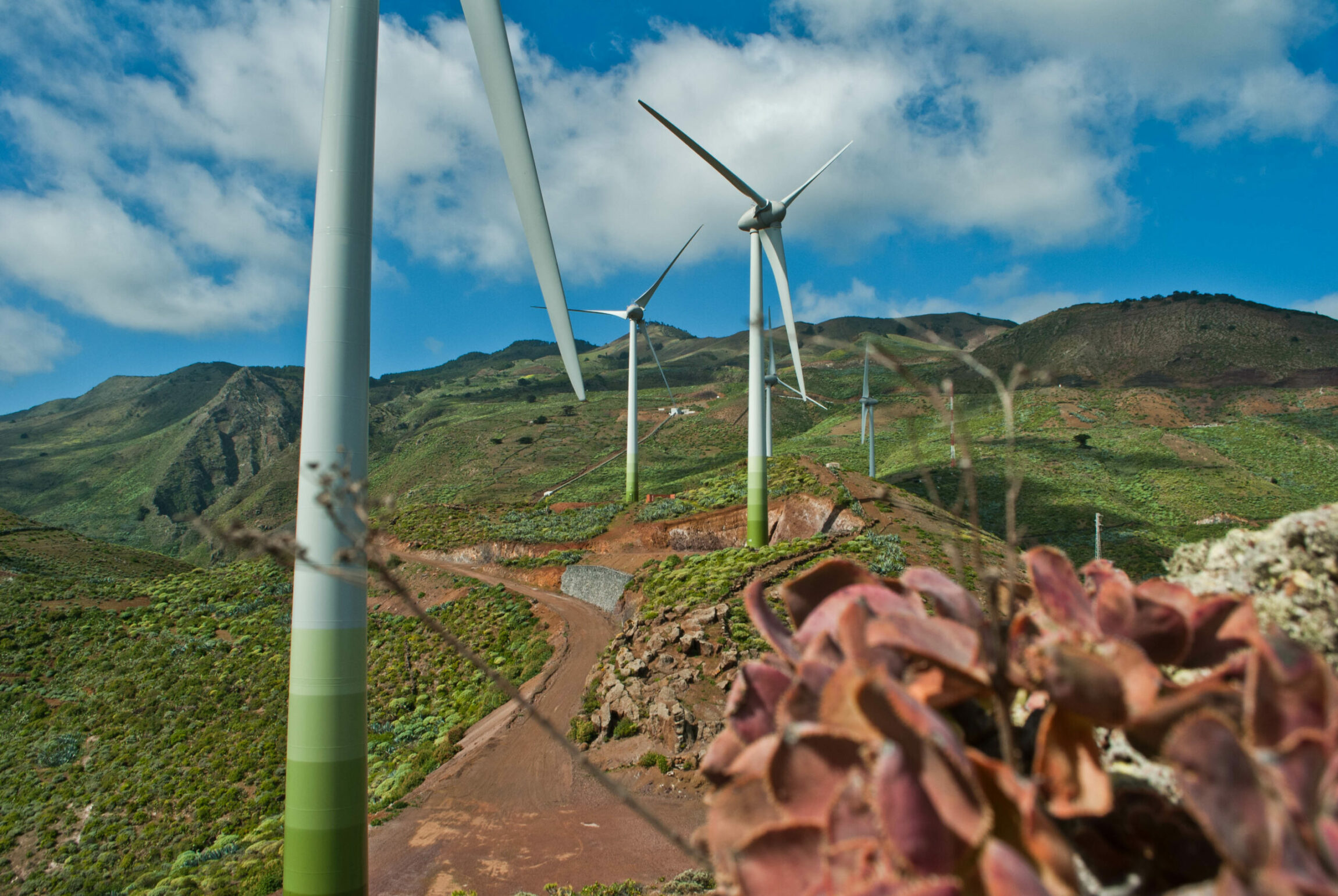 El Hierro is the second smallest island in the Canary Islands. Its geographical peculiarities, which allow within a few kilometres to pass from the coast levels to 1,500 meters of its highest peak, give it a determining wind and hydraulic potential.

The Island, declared a Biosphere Reserve in 2000, is home to the Wind-Pumped-Hydro Power Station, Gorona del Viento system, whose objective is to supply the island with electrical energy from clean and renewable energy sources such as wind, using reverse pumped-hydro as energy storage for grid balancing the island electrical system.

The surplus wind energy which is not consumed by the Island´s population is used to pump water from a lower reservoir at sea level, to a higher reservoir located at an altitude of 700 m. The potential energy stored in the water in the upper reservoir is used to produce electricity by means of a hydraulic jump at times when the wind power is inadequate.

The diesel-engine-powered power station that existed before the commissioning of the wind-pumped-hydro power station in 2014, still remains but only as a back-up, and comes into operation in exceptional circumstances when there is not sufficient wind or water stored to produce enough energy to meet demand.

Thanks to the Wind-Pumped Hydro Power Station, the Island is capable of supplying electricity with its own resources, reducing greenhouse gas emissions and the energy dependence on imported fossil fuels. The hydraulic infrastructures originally designed for energy storage, also guarantee access to water for human and agricultural consumption.

The current figures show a high renewable energy penetration of 56.5% in El Hierro; a totally isolated non-interconnected island. 2,300 hours at 100%; more than 20,000 tons per year of CO2 emissions avoided; and reduction of 7,000 tons of diesel consumption per year. This summer the island of El Hierro has beaten another world record in the use of renewable energies in isolated non-interconnected areas—by exceeding 24 consecutive days of electrical supply without any consumption of fossil fuel.

The wind-pumped-hydro power station of El Hierro is a perfect example of public-private partnership and a multilevel governance approach, for promoting RES in European island regions. The company Gorona del Viento, responsible for installing and operating the power plant, was initially created with the participation of the Island Authority of El Hierro representing the islands resident population (60%); the Regional Canary Islands Government through its technological centre ITC (10%); and the local Utility ENDESA-ENEL (30%). It received public support from the central Spanish Government through a capital subvention and by the implementation of a suitable retribution scheme allowing for a reasonable return on investment. The European Commission also supported the first phase, granting ITC financing in the 5th Framework Programme (FP) for the project “Implementation of 100% RES Project for El Hierro Island – Canary Islands” (DG TREN; Contract Nº: NNE5-2001-00950).

Gorona del Viento El Hierro is a sustainable natural living-lab, whose goal is to achieve full energy self-sufficiency and lead the technological advancement of the renewable energy sector in isolated territories.