Christine’s interview won’t leave you indifferent! With her extraordinary background and her passion, she has been revolutionizing the field of energy and the role of women in it. Read the interview to know how she managed to make such an impact on the field! 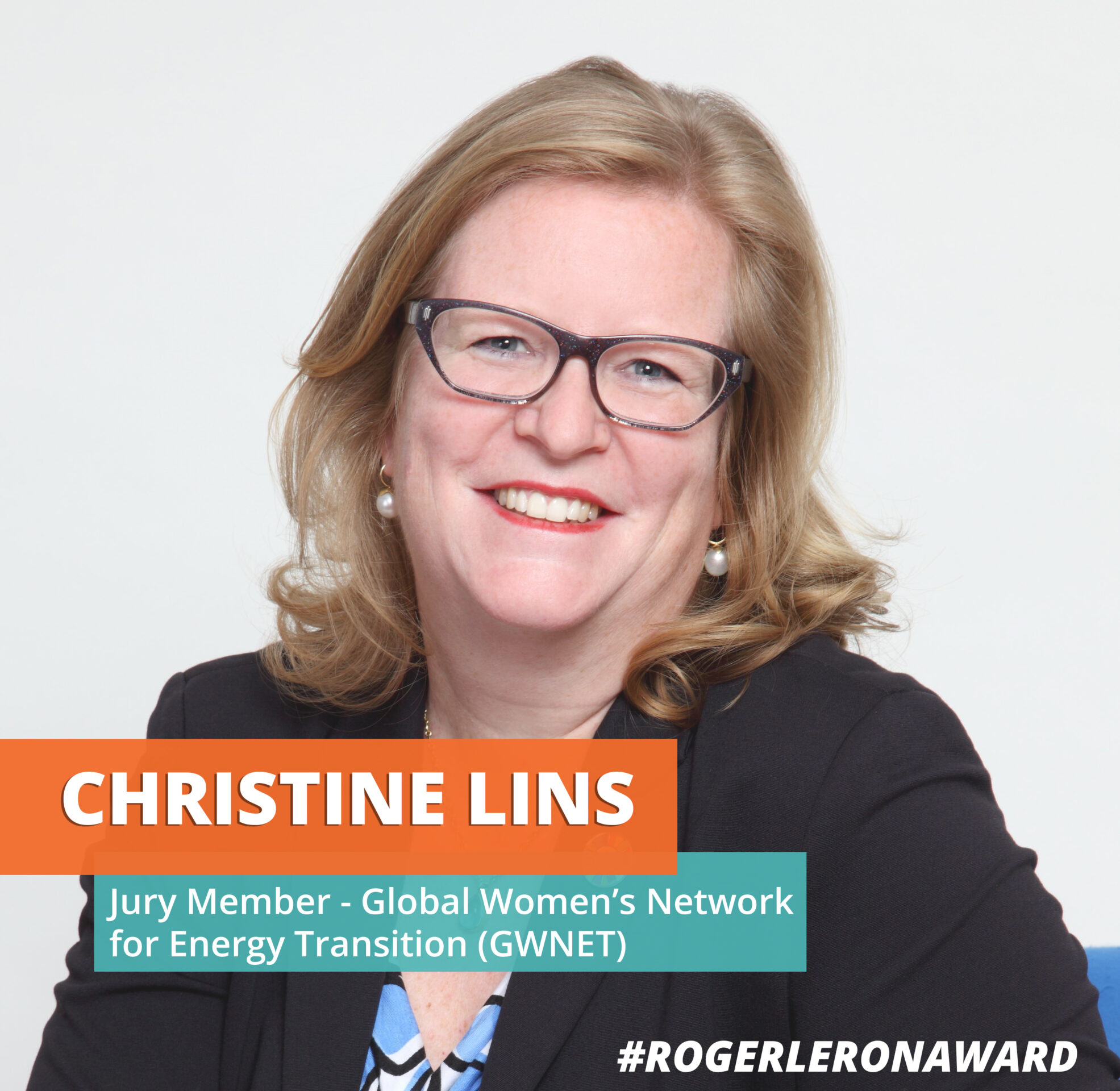 Christine Lins co-founded GWNET, the Global Women’s Network for the Energy Transition, which aims at empowering women in the sustainable energy sector. She founded her own company to advance the global energy transition with renewable energy and energy efficiency. In addition to this, she is a Member of the Board of Directors of the International Solar Energy Society (ISES). Christine has more than 20 years’ experience in the field of renewable energy sources. From 2011 until last year, she worked as Executive Secretary of the Renewable Energy Policy Network of the 21st Century (REN21) at the United Nations Environment Programme in Paris (UNEP). Prior to this, she served as Secretary General of the European Renewable Energy Council. She has also worked in a regional energy agency in Austria promoting energy efficiency and renewable energy sources. Christine holds a master’s degree in international economics and applied languages.

In July 2011, you were appointed as Executive Secretary of the Renewable Energy Policy Network of the 21st Century (REN21), headquartered at the United Nations Environment Programme in Paris/France. REN21 is a global public-private multi-stakeholder network on renewable energy regrouping international organizations, governments, industry associations, science and academia as well as NGOs working in the field of renewable energy. During this time, you have seen the context of renewable energies evolving more than it could have been expected at first, yet there is a lot to improve in this topic. What do you think that will be the role of renewables in the European context?

The global energy transition has come far in the last decade, however there is still a long way to go. If we are serious about reaching the goals of the Paris Agreement and prevent irreversible consequences of climate change, we need to completely decarbonise the energy sector. This means we have to radically re-consider how we produce and consume energy. In the area of electricity, progress in the last couple of years has been impressive, with European countries still leading the way when it comes to renewable energy power capacity installed per capita.

However, progress of the energy transition in the fields of heating & cooling as well as transport is lagging behind globally. Europe could again become a trendsetter in these areas like it was for renewable energy policies in the 90ies as well as the beginning of this century. For Europe to lead the way as it did in the past, a clear commitment to 100% renewables is an imperative. Europe has a strong role to play in showcasing how system integration can shift thinking from the traditional perspective of baseload power to one where optimal integration of variable renewable energy provides on-demand, reliable, affordable energy supply and brings added-value to grid infrastructure.

In 2017 you co-founded the Global Women’s Network for the Energy Transition (GWNET) in order to address the current gender imbalances in the energy sector and to promote gender-sensitive action around the energy transition in all parts of the world. And, in January 2019, IRENA(International Renewable Energy Agency) released a study pointing the lack of women in the energy sector, which reinforces the importance of the existence of organizations like, GWNET. The study represents that only 32% of the workforce for the production of renewable energies is made by women, however it is a higher percentage than their representation in other type of energy sectors. The study concludes that renewable energy communities are indeed more women-friendly than the rest of the energy sector, and yet we are still far from parity. How do you think that gender equality can be positive for the development of renewables?

It is a well-known fact that the energy sector continues to be male-dominated. The absence of gender equality can be observed in all parts of the world. Gender inequality is even more prevalent at decision-making levels. Women are generally under-represented on company boards and across senior management positions, as well as in politics.

Solutions to climate change and a sustainable energy supply need to work for everyone, yet women’s voices and needs are still often excluded from the decision-making table. The problem of climate change is simply too big to overlook half the world’s population and ignore female talent. It is important to note that gender equality has proven to be an indispensable factor in reaching sustainability. Gender diversity drives innovation, opens new pathways for technology deployment, brings fresh perspectives to the development of societies and attracts and retains a richer pool of talent.

In November, you were nominated for the ÖGUT Umweltpreis 2018 in the category “Women in the environmental field”, this award looks for women who can point to outstanding research and development achievements and successful careers in a male-dominated environment. The existence of these kind of categories, proves the under representation of women in certain sectors. Even though nowadays, there is a visible fight for gender equality there is still a lot to improve. What do you think that is the key to improve this situation for the future?

Like the IRENA’s study Renewable energy: a gender perspective points out, there are various measures needed to improve the gender balance in the energy sector:

It is a real honour for us to count with you as Member of the Jury for this 5th edition of the Roger Léron Awards. Specially because this year we have very good news related to gender equality, as the 46% of the candidates are women. How is the role of the women evolving in the energy sector and which do you think that are the challenges for them to overcome in this field?

Personally, I think that the role of women in the energy sector is evolving. I will never forget an experience I made at the beginning of my career more than 20 years ago. Back then, I was working as Project Manager of O.Ö. Energiesparverband and attended a conference on energy efficiency in the Western part of Austria where I was the only women among 100 participants! Throughout the last 20 years, I was speaking at many conferences, often as the only woman on a panel. However, things are changing and today the picture is luckily getting more diverse as there are many qualified women out there.

GWNET has recently launched the Women in Energy Expert Platform where women experts can register for free and highlight their experience. Within three months, more than 550 have created their profile; this tool will make it easy for conference organisers and other organisations to look for qualified women experts.

Still, a lot remains to be done to ensure greater gender balance in the energy sector, ranging from overcoming cultural norms, prevailing hiring practices, lack of gender targets, discouraging workplace policies to fighting against the lack of awareness of opportunities.

Christine’s discourse is a real inspiration! It is easy to understand why this year she is Jury Member for Roger Léron Award.

The Jury Members will decide one winner at the Award Ceremony, but the audience attending to the Ceremony will also have the power to decide the second winner! At the beginning of September, we will know who the Jury chose as the 3 finalists. Stay tuned! 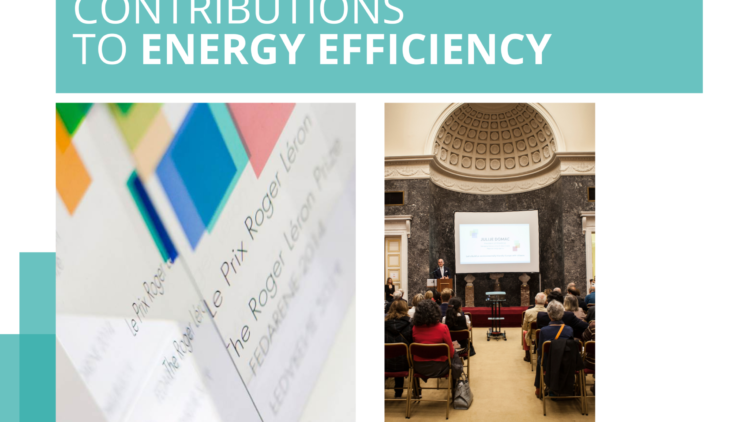 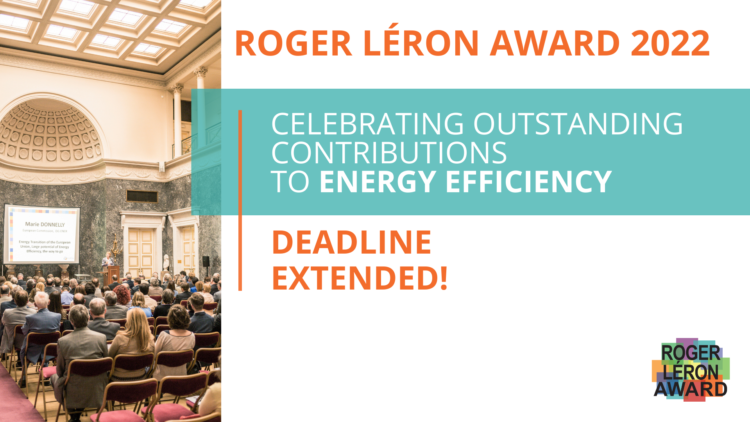 Were you thinking about nominating an outstanding individual to the Roger Léron Award this year but didn’t have the time to submit? This is your chance! We are extending the deadline to the 15th of May 2022. 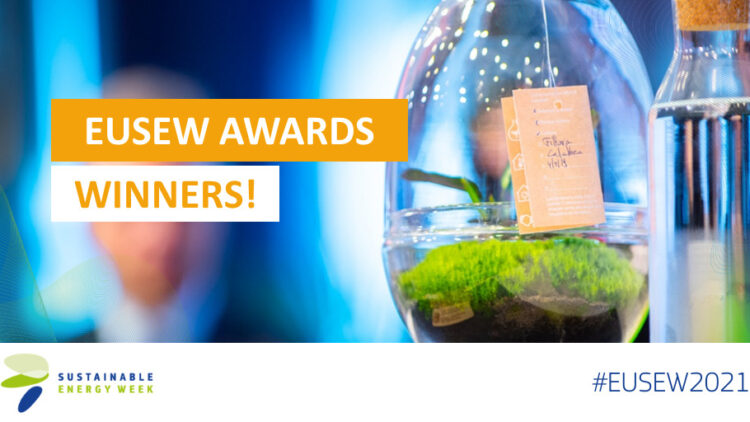