This paper, presented at Beyond 2020 digital event, summarizes the renovation plans for the District Heating network of the city of Belgrade.

The present article, presented at Beyond 2020 digital event, summarizes the renovation plans for the District Heating network of the city of Belgrade. The paper includes the criteria for the selection of the technologies, the identification of enabling investments, interaction with stakeholders, securing of financing, and status of the plan.

Capacity and location of the main central plants of the Belgrade DH (Source: BE Management and Deloitte analysis).

A large share of the city of Belgrade is heated by a District Heating network. Established in 1965, the network delivers 3.6 TWh to more than 20 million square meters of households industries and businesses, using a 1460 km-long network.

The system has been continuously upgraded and adapted to new technologies and already operates at relatively low temperatures, with modernized substations. However, the delivered heat is still produced mainly employing carbon-intensive technologies.

Over the last decade, large solar thermal systems have already been successfully connected to DH networks under commercial operation in several EU locations (SDHplus project). Hence, to allow for a
transition to more efficient cities at a cost-effective approach, extensive R&D on low carbon DHs with distributed sources is required (Harrestrup & Svendsen, 2014).

DH operation temperature needs to be reduced to increase the integration and performance of renewable systems and operation criteria needs to be adopted for the introduction of weather-dependent, distributed heat sources such as solar systems. The DH strategy for the city of Belgrade (Serbia) is focused on the development and demonstration of these concepts.

Conscious of the need to de-carbonise the city, a multi-year transition plan was established, where large investments have been secured, comprising greater interconnection levels, installation of large solar thermal plants and waste incineration plants, and the conversion of a power plant into CHP, among others.

After the execution of the de-carbonisation roadmap, it is expected that the DH system will reduce its carbon intensity by 50%.

This strategy to de-carbonise the Belgrade DH will take this network to the level of Nordic systems, where the presence of CHP, waste energy and similar low carbon strategies is high, as in Stockholm, where around 90% of greater Stockholm is supplied by a DH with a production-based 90% on renewable or recovered energy. The size of the Belgrade DH, one of the biggest in Europe with >12PJ heat sales only compared to few DHs networks such as Copenhagen’s (>30PJ heat sales) or Stockholm´s DHs (>25PJ heat sales), makes its de-carbonisation highly relevant and challenging, requiring advanced technologies to reach the goals.

In this paper, the criteria for the selection of the technologies, the identification of enabling investments, interaction with stakeholders, securing financing, and the status of the plan are presented. 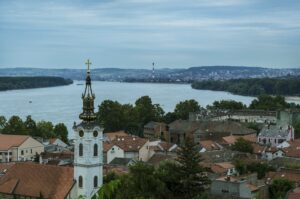 Good practice in EPC assessment, certification, and use

With this Green paper on good practice in EPC assessment, certification, and use, QualDeEPC provides further analysis, policy proposals and draft descriptions of tools on the seven areas identified by the project
Read more >>