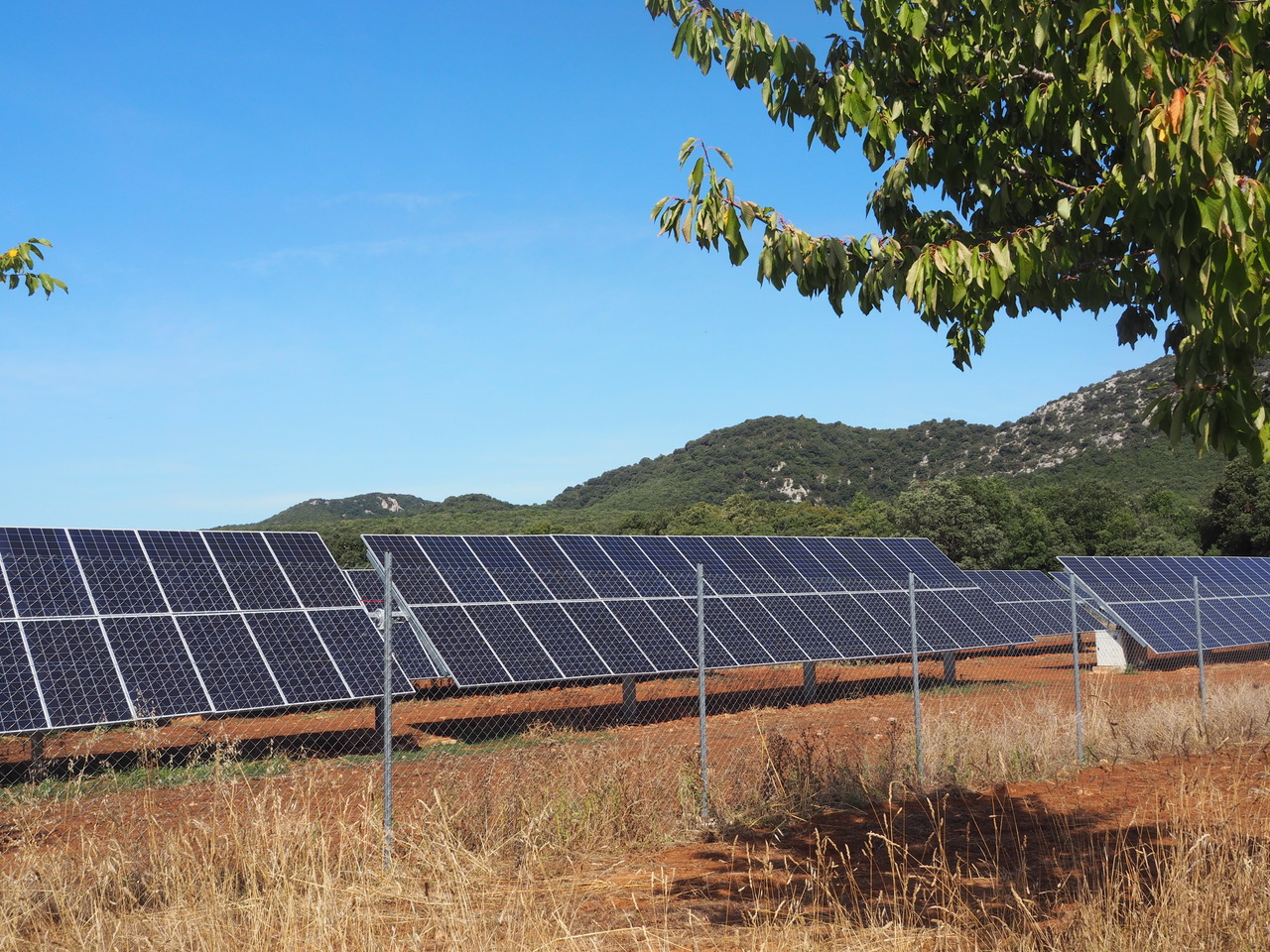 The Orbiso Irrigators’ Association has installed the Basque Country’s first self-consumption photovoltaic plant for pumping irrigation water. The total irrigatable land comes to 250 hectares, distributed between around 30 properties. The main owners are five farmers and the plots currently irrigated consist in 30 hectares.

The new solar plant is located in the Santa Lucía area of Orbiso. It began testing in March 2020 and is now successfully performing two functions: pumping water for both irrigation and domestic consumption for 65 inhabitants. The installation is sited close to two wells. From a depth of 120 metres, the water is pumped to two storage tanks, one on the hill for irrigation use, and another in the vicinity of the solar plant, which is used to supply water to the village. The solar facility consists of 512 panels arranged in eight groups of trackers, with an installed capacity of 166.84 kW, which pumps the water up to the tanks.

The area previously had the highest irrigation costs in the province of Alava. Now, thanks to the new plant, it is one of most economic and efficient. This pioneering project is having a positive impact on the price paid for pumping water. Before it was commissioned, water costs came to around 30 cents per m3, making it unviable to grow crops requiring irrigation. The use of solar power has cut the price by 75 % to just 8 cents per m3.

The increasingly smaller land under irrigation — caused by the poor profitability of crops and a reduction in the agricultural workforce — made it essential to cut the energy costs of irrigation. As a result, the association of irrigators was forced to restrict pumping.

Installation of the solar plant has favoured the cultivation of sugar beet, potatoes, shoots, tomatoes, peppers and truffles, which were on the verge of disappearing from the area. Local farmers are now able to continue working their own land. Installation of the self-consumption plant for Orbiso Irrigators’ Association is closely linked to rural development of the area. It is helping to consolidate the population, offering more opportunities for those working in agriculture and encouraging the cultivation of top-quality products.

The investment required for the project — nearly €233,000 — has been provided by the Provincial Government of Alava and the Basque Energy Agency, Ente Vasco de la Energía (EVE), through grants from the programme for financing renewable energy investments.

In light of the good results, several other associations of irrigators in Alava have expressed an interest in the project. The use of clean energy together with its cost efficiency makes it an attractive option for other applications. Moreover, the new regulatory framework for energy self-consumption places the consumer at the centre of the energy system. This contributes to cutting energy costs and thus to improving agricultural competitiveness.