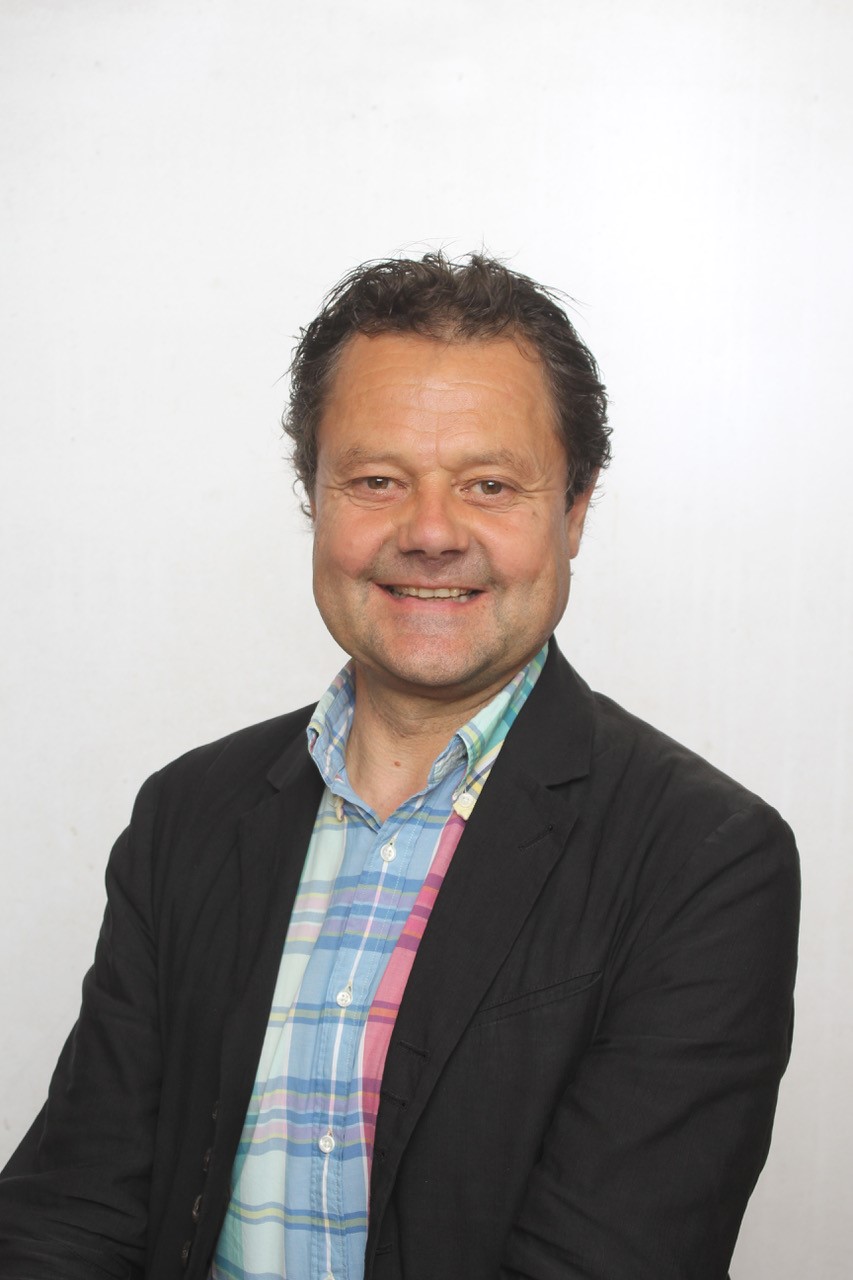 Lars has been a driving force for solar energy in Sweden since the early 1980s. He began as product manager at TeknoTerm, Sweden’s leading solar heating company at the time. He worked there for ten years and was responsible for sales to the housing market. Lars also took part in some of the large-scale research projects that TeknoTerm built during the time, including the world’s largest solar heating field at the time, which was built in Lars’ hometown, Falkenberg. In 1994, Lars started his own company, DrivKraft, through which he has primarily concentrated on lectures and writing.

Since then, he has travelled all over Sweden to lecture about renewable and particularly solar energy for various target groups. He has also been a great resource for many of Sweden’s energy agencies. Through his strong commitment to renewable energy, Lars has had various assignments in the field of energy in Sweden. From 1995 – 2015, Lars was chairman of the Solar Energy Association of Sweden (SEAS).

During these years, Lars heavily participated in developing the association to an important trade organisation. Much of the work in SEAS involved creating awareness and providing information to politicians, decision-makers and the general public about solar energy, which Lars did with great dedication. Through his lectures and his chairmanship in SEAS, Lars has spread knowledge about solar energy locally, regionally and nationally.

His longstanding commitment to solar energy has led to him being known as Sweden’s “Mr Sun” in certain circles. Lars has been secretary, Board member and chairman of the national association EnergiRådgivarna (“Energy Advisors”). He was heavily involved in the association’s educational activities, including the education of Sweden’s municipal energy and climate advisors. Lars has had several educational assignments and his solar energy expertise has been needed and appreciated. Lars Andrén was involved in starting, and the first chairman of, Ethics & Energy, an organisation associated with the Church of Sweden, whose purpose was to help them to map their energy use and to provide proposals for efficiency measures. The Church is a major property owner with extensive potential to save energy. Lars has written a number of books on the theme of energy. Several of the books have been published in recurring editions.

Books about energy-efficient construction and solar energy have enhanced the knowledge of many Swedes, not least the many students who have had the books as study literature. One of Lars’ books has been translated into English (Solar installations – Practical Applications for the Built Environment) and has been published by a British publishing house. Lars Andrén is also an active writer for a number of periodicals, with regular columns and debate articles on the theme of renewable energy.

Throughout his entire career, Lars Andrén has sought new channels, forms and media to inform and inspire increased use of renewable energy. Through various forms of collaboration and with various partners, Lars has succeeded in reaching new target groups in new ways. One example is events arranged for catering personnel. Lars and a colleague developed and held conferences about the major energy use and the high-power requirements for food preparation, with catering personnel as the target group.

Lars was involved in starting and running the project Rockfesten, a music event that was held four times with the goal of highlighting the possibilities associated with renewable energy. Rockfesten included an exhibition on the theme of renewable energy. The ambition was also to make the music event climate-neutral, which was completely unique at the time! Another example is energy conferences specifically for women, about ’heating systems for private homes’. A further unusual assignment was being part of the formation of the aforementioned Ethics & Energy.

Throughout his career, Lars has realised that it is difficult to effectively reach people with information about energy and environment issues. To address this, Lars together with Erika Brokvist wrote the book ’A Rich Life’, with the subtitle ’Inspiration for a luxurious ecolife’. The idea was not only to arouse interest and inspiration for renewable energy, but also to highlight environmental and climate issues in general. The authors also wanted to highlight the choices we make in everyday life and how they impact the environment.

Lars’ commitment to solar energy has been steadfast throughout his entire career. During his years as chairman where he was ultimately responsible for SEAS, Lars conducted an intensive collaboration with several government agencies, in particular the Swedish National Board of Housing, Building and Planning and the Swedish Energy Agency. For many years, SEAS and Lars, fought to stabilise the conditions for the solar heating industry. Lars’ role in the collaboration was of great importance to the results that were achieved. With Lars’ broad contact network and boundless energy, he was asked to be chairman when forming Ethics & Energy.

With Lars, the organisation was able to grow and establish itself in just a few years as a valuable source of help for the Church of Sweden. Lars has lectured about and promoted solar energy in a dedicated and inspirational manner for more than 20 years. He is one of Sweden’s (and perhaps one of Scandinavia’s) most popular lecturers on the theme of renewable energy and is estimated to have held around 150 lectures a year during the last 20 years, with an average audience of 150 attendees per lecture. This means that Lars has spread his knowledge to around 450,000 people through the years. Lars has been a much-appreciated lecturer and tutor at Halmstad University, where his knowledge about solar energy has been valuable for different courses. The students have shown great appreciation for Lars, and he has transferred his knowledge to the younger generation in the best possible manner.

Lars Andrén chose a clear career path at an early stage and has dedicated himself to solar energy since the early 1980s. For more than 35 years he has worked tirelessly to break new ground for solar energy, and he has succeeded well. His conscientious work within SEAS has given him unique expertise regarding solar energy, but above all else his leadership of SEAS has resulted in that the status of solar energy in Sweden has been significantly enhanced. In recent times the market has also experienced strong growth.

Lars has had a central and strategic role in Energy Sweden with his assignments in different organisations. Through his wide-ranging involvement, Lars has gained insight into and a broad view of energy issues, which has benefited him in his work to promote renewable energy. Lars has also successfully used his networks to inform and influence politicians and other decision-makers.

By starting his work with solar energy at an early stage, and with the unique competence built up over the years, Lars has found it relatively easy to gain media exposure. A large number of articles have been published in local press, and these have helped to spread knowledge and awareness of renewable and, in particular, solar energy. Through his lectures and the fact that he has reached around 450,000 people through the years, Lars has been a person of strategic importance for the spread of solar energy in Sweden. His efforts can almost be likened to a form of popular education.

Lars’ early involvement in renewable energy meant that he played a key role in bringing together the biofuel and solar sectors. He was involved in initiating and starting the project 100 % Renewable Heating, a joint project between the Swedish Pellet Association, SVEBIO (the Swedish Bioenergy Association and SEAS).

In his role as chairman of SEAS, Lars was involved in starting and running the project ’The Renewability Council’, a coalition between SEAS, the Swedish Wind Energy Association, SVEBIO and the Swedish Association of Energy Efficiency Companies. The Council works on producing objective and fact-based decision-support to describe the possibilities and conditions for converting to a 100 % renewable energy supply in Sweden. One of its most important assignments is to influence and educate decision-makers. The Council plays an important role in arranging events that spread knowledge about how renewable energy can meet Sweden’s energy demand.