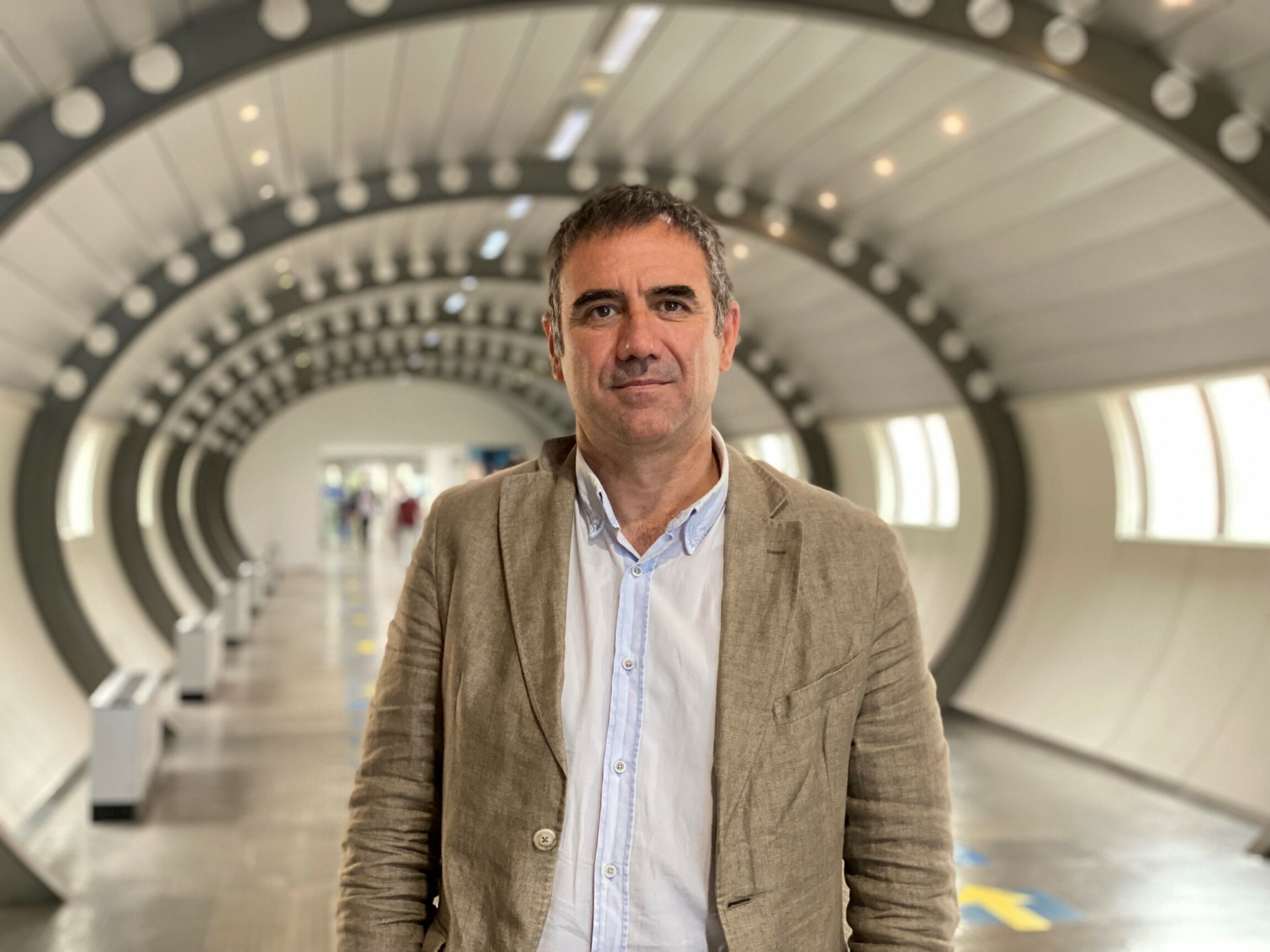 Miguel de los Toyos took office as Deputy Minister of Territorial Planning and Urban Agenda of the Basque Government last March, after being the Mayor of Eibar since 2008, where one of the pilot offices is running in the neighbourhood of Txonta. Therefore, his knowledge of the Opengela project is complete, both from a municipal point of view and a wider point of view coming from the responsibilities of his current post.

In this interview, he gives his point of view on the progress of the project, coordinated by his department of the Basque Government. Otxarkoaga (Bilbao) and Txonta (Eibar) are the pilot schemes, and the process to replicate the model in other places has already begun.

You are familiar with the Opengela project. It requires a high level of coordination between institutions, and also with the neighbourhood. Two years after it started, how do you rate the progress of the project?

It is a project that has three pillars, and none can be dispensed with: the Basque Government, as the promoter; city councils, which require a serious and convincing commitment; and the neighbourhood’s communities in which you want to act. This means that the previous work, of informing and of showing commitment, is long and progressive. Therefore, the tangible – the building renovation, comes in the final phase of the project, which does not mean that it has not been worked on previously. You have to invest a lot of time so that in the end, the project progresses and has strength in its foundations. Those foundations are already in place at this time, and now we will begin to see how the building grows.

Europe is going through a period of a strong commitment to the ‘Renovation Wave’, within the European Green Deal, as one of the main driving forces to boost the economy after the pandemic. How does the Opengela project fit into this context?

Opengela, from the outset, is aligned with all public policies at international, European, national and Basque Country levels. In 2015, the United Nations established the 17 SDGs, where SDG 11 is the one for sustainable cities. Opengela is a practical example of the materialisation of this SDG. There is now talk of three transitions, and all of them converge on Opengela. Green transition: Opengela aims for energy efficiency and decarbonisation by 2050. Digital transition: Energy communities are created, the digitalisation of consumption, electric mobility. Social and demographic transition: It is an urban regeneration project that considers not only the environment (buildings, streets, squares) but also people. It works on training, employment, protection of vulnerable people… The virtue of Opengela is that it is aligned with the Green Deal from its origin before the pact itself existed.

There are numerous urban regeneration projects in Spain and Europe, what distinguishes Opengela?

This project has a holistic, transversal vision. The urban environment has been identified not only by the government but also by the city councils. And the social part is fundamental because it acts in vulnerable neighbourhoods.

The success of this European project will depend on the possibility of scaling up the model beyond Bilbao and Eibar. There are already other Basque municipalities that are taking the first steps to apply the same model. How is this process progressing?

The two municipalities that joined the project, Bilbao and Eibar, have already been joined by another two: Lasarte and Durango. And soon, Pasaia will also be part of it. A lot of internal work has been done, and we are now moving forward to achieve visible results in urban regeneration. We are at an embryonic stage. At the same time, we are incorporating four other Biscayan town councils into Opengela: Portugalete, Valle de Trápaga, Abanto-Zierbena and Santurtzi. Their reflections on how to act in their areas have identified urban regeneration as a strategic project. The same is happening in Alava, in the Ayala Valley. This shows the interest in integral urban regeneration. We will soon receive additional funds from Europe and, to promote urban regeneration projects, we have received the strategic interest of more than 70 municipalities and more than 110 initiatives. From a pilot experience in two municipalities still in the development phase, Opengela has attracted the interest of other municipalities with a similar diagnosis. This is a symptom that we were right to present this European project. We took a step forward, and others are confirming that it was the right step to take.

What do you consider to be the main difficulty in undertaking the project?

I have seen most of this project from the City Council, as Mayor. The main complexity of Opengela is to unite people’s wishes and make all the communities and people who participate in the project see how it will improve their quality of life. First, the Basque Government explains the project to the town councils, and then it is the town councils who do the same work with the neighbourhood. It is a slow, progressive process. If it can be difficult for a community of 16 homes to decide to install a lift, imagine a community of 200 homes in a vulnerable environment. We have to get them to agree. The exercise of teaching and visualising the opportunity may be complex, but it is undoubtedly indispensable.

These urban regeneration processes must be carried out hand in hand with the neighbourhood. You have listened to the concerns of residents on the street, how do you think the project has been received?

There are often differences. Some communities have a concern and have detected their own needs: the lift, fixing the façade … In that case, it is easier to approach, and you become a collaborator. Other communities have not detected this need and view it with a certain scepticism. This initial reluctance is more easily overcome as they see the projects in their neighbourhood go ahead, see the buildings being successfully refurbished and the positive impact this has on the daily lives of those living nearby.

Opengela’s European projection is undeniable. Why should other parts of the European Union pay attention to the process being developed in the Basque Country concerning urban regeneration?

We all have to learn from each other. We have looked elsewhere. But I think we have initiatives to teach here. It probably will not work for everyone because each country and municipality has its own idiosyncrasies. But there may be variables that can be useful for them. The greatest virtues of Opengela are, on the one hand, that it is aligned with the cities we want to achieve by 2050 and with the path we want to take to reach that year. And, on the other hand, the transversal nature of the project. Intellectually, it is well-armed. We do not say so ourselves, this comes from the Ministry of the Urban Agenda and the national and international forums we attend. Now we are taking it to vulnerable neighbourhoods and transforming it into something tangible. I hope it will be a reference for other urban environments and inspire other initiatives. 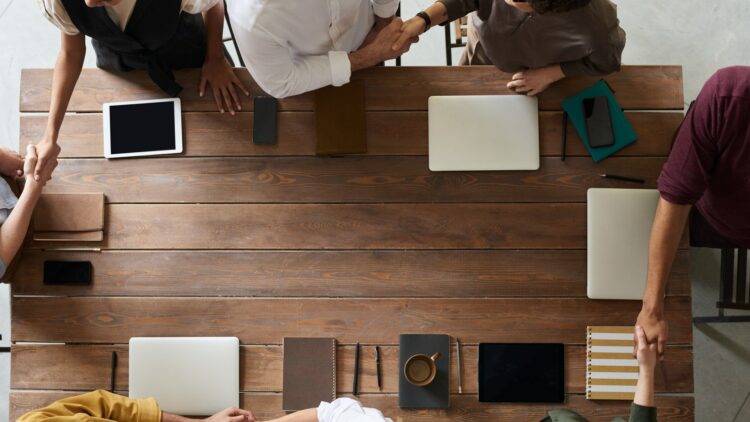 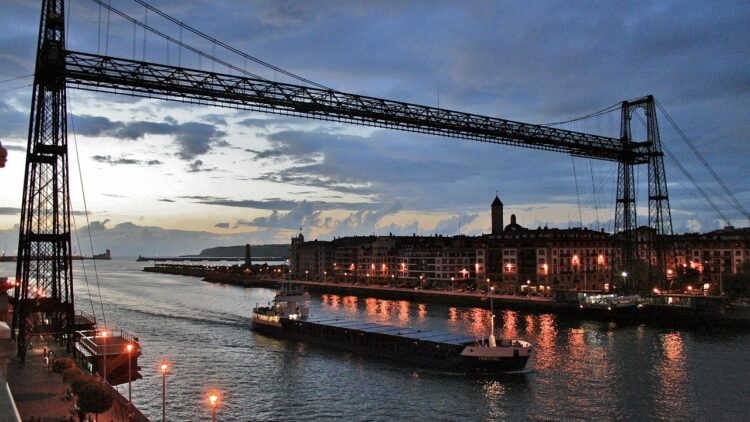 More than 500 homes in 4 neighbourhoods in the Basque Country, Spain, join the OPENGELA project. 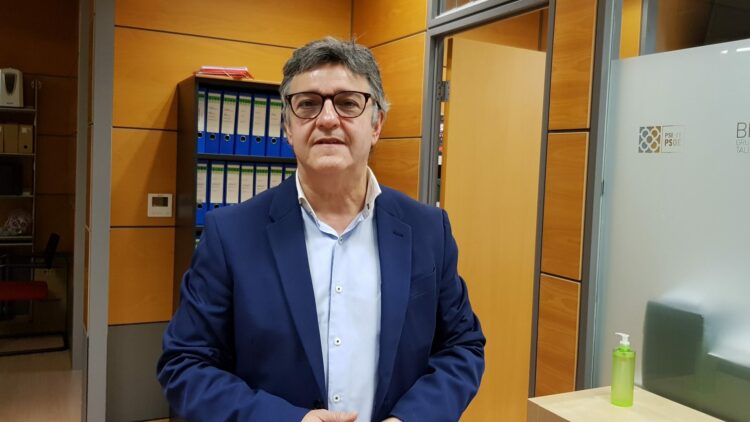