GREEN HYSLAND aims to create the first green hydrogen ecosystem in the Balearic Islands (Spain). It will produce, generate and distribute 300 tonnes of renewable hydrogen per year thanks to solar energy on the island of Mallorca.

By 2030, the EU executive wants at least 40 gigawatts of electrolysers to be installed in the EU, producing up to 10 million tonnes of renewable hydrogen.

Green Hysland is the first Southern European project to be selected by the Fuel Cells and Hydrogen Joint Undertaking (FCH JU) of the European Commission for its ambition of creating the first green hydrogen ecosystem in the Balearic Islands (Spain). It would produce, generate and distribute 300 tonnes of renewable hydrogen per year thanks to solar energy on the island of Mallorca.

Green hydrogen will have multiple applications on the island:

In addition to generating a reduction in Mallorca’s CO2 emissions estimated at 20 700 tonnes per year for the period 2021-2025, this project would have significant positive economic benefits, particularly in terms of employment and economic diversification.

Green Hysland is also part of the “Hydrogen Road Map: a commitment to renewable hydrogen” recently approved by the Spanish Government, which will boost Spain as a technological benchmark in the production and use of renewable hydrogen, with a production capacity of 4 GW by 2030 and an estimated total investment of 8.9 billion EUR.

Mallorca will serve as a replication model for five other island territories (Tenerife in Spain, Madeira in Portugal, Aran in Ireland, Ameland in the Netherlands and the Greek Islands); and, in turn, will be part of a network for the exchange of experiences within the European initiative ’Clean Energy for EU Islands’. The project is fully aligned with the EU Hydrogen Strategy recently published by the European Commission, particularly with regard to the development of local hydrogen clusters, islands and regional ecosystems.

The project is coordinated by Enagás and promoted together with Acciona, CEMEX and Redexis, as part of a reindustrialisation plan for CEMEX. Its development is based on a green hydrogen generation plant promoted by Acciona and Enagás. The project and is supported by the Spanish Ministry of Industry, Trade and Tourism, the Ministry for the Ecological Transition and the Demographic Challenge, through the Institute for Energy Diversification and Saving (IDAE) and the

This project has received funding from the Fuel Cells and Hydrogen 2 Joint Undertaking (now Clean Hydrogen Partnership) under Grant Agreement No 101007201. This Joint Undertaking receives support from the European Union’s Horizon 2020 Research and Innovation programme, Hydrogen Europe and Hydrogen Europe Research. The content of this website reflects only the authors’ view and the JU is not responsible for any use that may be made of the information it contains.

On 28 November, FEDARENE and the Canary Islands Institute of Technology (ITC) invited several partners of the Green Hysland project to exchange on the sustainable integration of green hydrogen in island electrical systems.
Read more >>

Join us for EU Regions Week

The EU Regions Week is back in hybrid form from the 10th to 13th of October. Join FEDARENE in Brussels or online for an exciting array of topical events featuring the Green Hysland project, the Covenant of Mayors - Europe, and the REGILIENCE project.
Read more >>

On the 22nd and 23rd of June, Green Hysland partners were in Mallorca at the occasion of the CIES Congress. They took advantage of this event to visit some of the pilot sites of the project and discuss its progress.
Read more >>

On the 26th of April 2022, Green Hysland hosted its first workshop on the island of Cres to exchange with Croatian and European stakeholders on green hydrogen technologies and its potential to accelerate the energy transition.
Read more >>

The President of the Balearic Government, Francina Armengol, the Vice President Juan Pedro Yllanes, Spanish Minister Teresa Ribera and Bar Biebuyck, director of the Clean Hydrogen JU, were all present in Lloseta on 14 March 2022 for this important event.
Read more >> 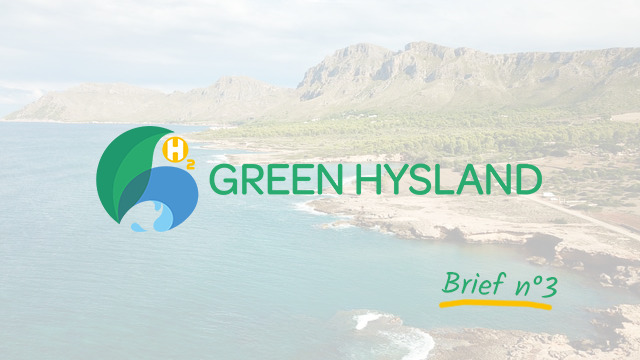 Green Hysland’s second newsletter is here! Discover the latest updates of the last 6 months of operation, including the inauguration of the first green hydrogen plant in Spain, established in Mallorca in the framework of the project. 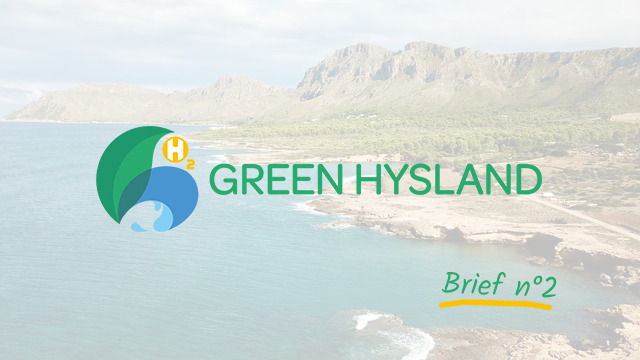 Green Hysland’s second newsletter is here! Discover the latest updates of the last 6 months of operation, including the recognition of the project by the Commission President and more exciting news. 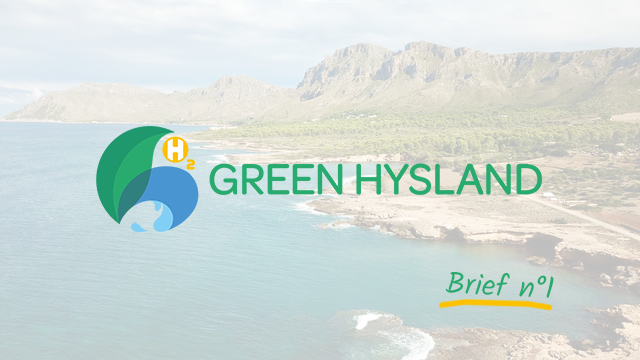 Green Hysland's first newsletter is here! Discover the project goals and first actions, its partners and some relevant events related to green hydrogen.