EKIAN – The biggest PV plant in the Basque Country

Read about EKIAN, the biggest PV plant in the Basque Country, which is a public-private initiative of EVE and KREAN and has 22 investors. The investment is 24 million EUR and will produce electric energy equivalent to the annual consumption of 15.000 households. 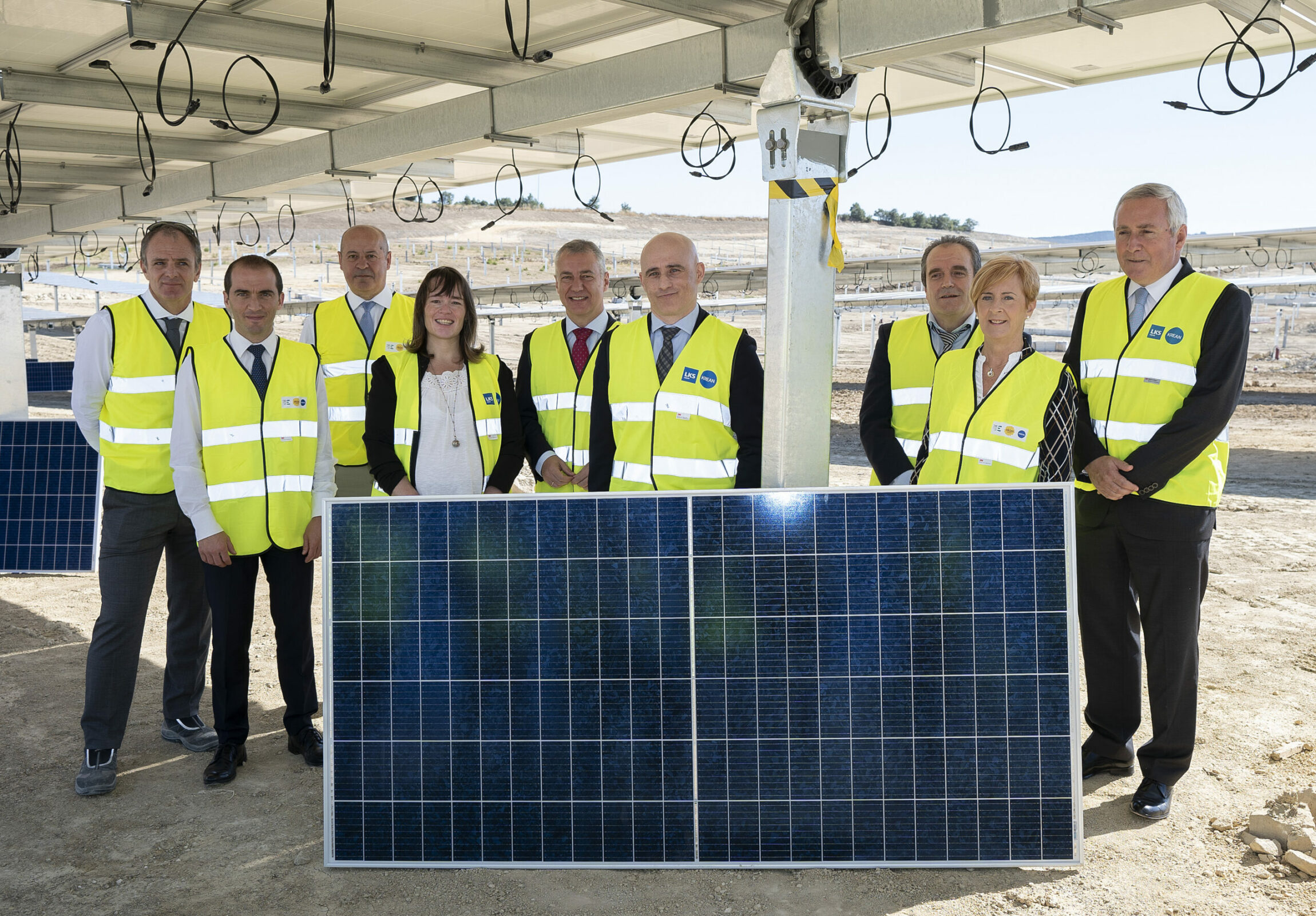 The biggest PV plant in the Basque Country will be fully operative by the end of 2019 in ARASUR industrial park, south of Araba Province. With more than 66.000 PV panels, 355 watts each, the plant is situated in an industrial use plot of 55 hectares. It will have a total installed power of 24 MW, which will double the current PV installed power in the region. The expected production will be 40.000 MWh per year, equivalent to the electric consumption of 15.000 families per year, and will mean a carbon reduction of around 14.600 tones. The works started in April 2019, with a focus on the civil works and the implementation of the structure to host the PV panels. In July 2019, the installation of the first panels started and, in November 2019, the first trials have been carried out. By the end of 2019, the plant will be fully operative.

The project is an example of public-private partnership: on its first phase, it has been promoted by the Basque Energy Agency (EVE) and the engineering firm KREAN, creating a structure of 1 MW packages, and later a group of 20 private companies have joined buying these shares.

The total investment of this project is 24 million EUR, shared according the ownership rate of the 22 owners. The project is in line with the objectives of the Energy Strategy of the Basque Country – 3E2030, that has established the objective of increasing the renewable energy share by 115% in 2030. In the case of PV, it is expected it will be 4,4% of the total renewable energy installed capacity (now just 1,4%), reaching a total installed power of 293 MW by 2030.