ARAEN plays a role in the support of the implementation and preparation of regional energy policies and acts as an interlocutor for the actors of the regional energy system and for all citizens. It operates as a non profit entity, established in the Abruzzo Region in Italy. 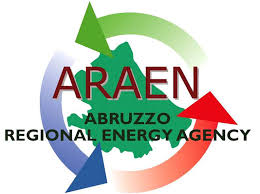 ARAEN is the operational tool of the Region. It is a special structure of the Region, that has been created through the European SAVE II Project with approval granted by the European Commission with contract nr. ENER/4.1031/A/99-006. ARAEN plays a role in the support of the implementation and preparation of regional energy policies and acts as an interlocutor for the actors of the regional energy system and for all citizens. It operates as a non profit entity, established in the Abruzzo Region in Italy.

The activities assigned to ARAEN are primarily linked to the improvement of energy demand management through the promotion of energy efficiency, the best use of local and renewable resources, the optimization of production costs and the support to research aimed at exploiting optimal conditions.

Its objectives are to:

All agency actions are always performed in a way to preserve the environment and to control atmospheric pollution.

AREAN work at improving the environment, controlling air pollution, mitigating and adapting to climate change and sustainable development in line with national and international objectives and strategies. ARAEN is responsible for supporting regional energy policies related to the development of the use of energy sources.

In the field of renewable energy sources:

In the field of conventional energy sources:

The Agencyp articipated to the work of the Italian Hydrogen task Force, and was coordinator  for the national action in relation with the use of natural gas in municipalities with a high risk of pollution.

Its objectives are also pursued and achieved through a close collaboration and continuous dialogue with national and European networks such as Renael (National Network of Local Energy Agencies), and AER (Assembly European of the Regions), as well as global networks such as Under2coalition. It concluded an agreement with EDENS for the creation of an Wind Power centre for energy technologies (CETE). It is also part of ATER, working in the field of social housing through an agreement for the use of renewable energies. The agency is in close relation with the Ministry of Environment, and agreed on the use and valorisation of biomass. It

ARAEN Issued nr.2 calls for public funding related to RES: PV and Solar thermal. It was involved in the Preparation and submission to the EU Commission of the highvalley project (FP6 – Concerto) within the Highville initiative of Norsk Hydro. It developed a regulation for the installation of wind power plants in the Abruzzo Region

AREAN is looking towards the future, through a particular involved regarding the question of Hydrogen. As of February 2003, the ARAEN has initiated an activity in the field of hydrogen as an energy vector.  The latter, thanks to our initial participation in the HYNET, Hyville, Hydrogen and fuel cells meeting and invitation to the Italian FISR (Special Research Program) Project. They are active partners in the Italian Fuel Cell Task Force.  Its projects analyze experimental integrated systems for the generation and distributed use of hydrogen produced with renewable energy and with a negative emission of CO2. In addition ARAEN aims at an ambitious project for the integration of Hydrogen with renewable energies and energy efficiency measures as a solution for the sustainable development of a river basin (Treste).

The Plan of Adaptation to Climate Change of the Abruzzo region

The Interregional Strategy of Sustainable Development of Abruzzo Region

Entitled LIFE3H, the project will set up, demonstrate and exploit 3 Hydrogen Valleys in 3 different regions of Italy.
Read more >>

Watch this video to learn about how Covenant activities and energy policies are implemented in the Abruzzo Region!
Read more >>
We are building back our website! Read more >